Son of Mechtild and Bertholdi, brother of Emmeran and Timotheus, married to Wiltrude. A man with style and a charismatic, complex character who is truly unconventional. With his dry sense of humour and full-bodied sayings, he gives his father as good as he gets, being the main inheritor of Gut Oggau. A wine for wine geeks, who are on the constant lookout for new challenges in terms of wine! Joschuari is not flattering the palate, but exhibits an unconventional character of his own, with distinctive tannins, juicy acidity and wild aromas of powerful and impressive length. Typical for Blaufränkisch wines, it incorporates fruit flavours of blackberries and ripe plums, accompanied by juniper, liquorice, herbs and green pepper. 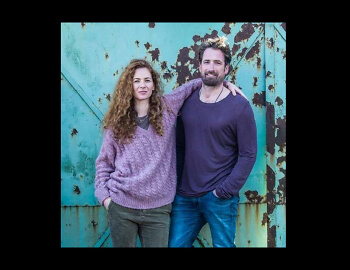 The Blaufränkisch fits in comfortably in Burgenland and in neighbouring Hungary. Caressed by the warm winds of the Pannonian Plain and protected by hills and mountains, the grapes can fully ripen. They yield fine, dark-berried, well-structured red wine. Depending on taste, the vintner presses them lightly and fruitily, or gathers them in wooden casks into firm, peppery wines. They are predestined for ripeness, and pair excellently with meat and game dishes. The name of this wine is deceptive: in the middle ages, grapes from southern Germany were called “Frankisch”. They were seen as particularly sophisticated. The Blaufränkisch, however, is a native of Austro-Hungary. In Hungary, where it is called Kékfrankos, it even occupies twice as much vineyard space as in Austria. Some producers make wine on both sides of the border. 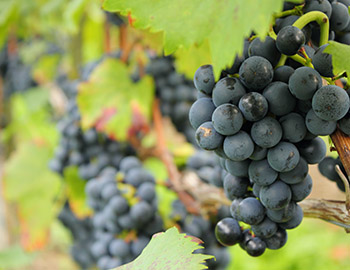 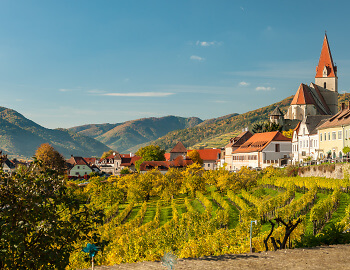