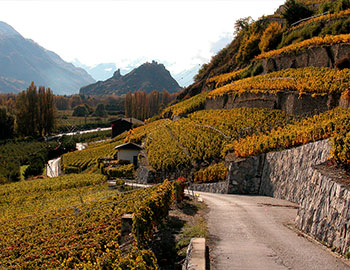 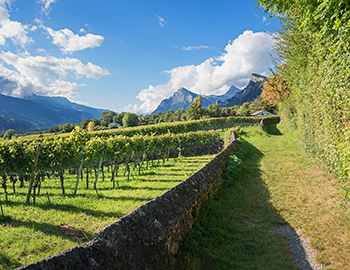 Although Thurgau is a smaller wine-growing canton, with a cultivation area of just 260 hectares, six different growing zones can be differentiated here. The heart of viticulture in Thurgau is the Thur valley, with its two prestigious sites, Ottenberg at Weinfelden, and Iselisberg near the canton's capital, Frauenfeld. The reference variety is very clearly Pinot Noir, from which a series of premium wines is produced today. But red and white specialties are also on the rise. And the long-spurned Müller-Thurgau variety is experiencing a renaissance. 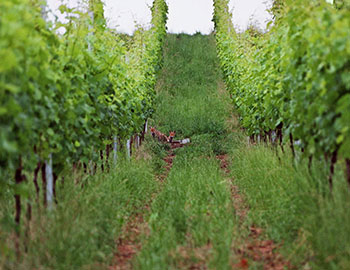 When people think of Thurgau, the first thing that comes to mind is apple cider. So much so, that locals joking refer to it as “Mostindien”, a humorous portmanteau of “Most” (apple cider) and “Ostindien” (East India). But of course, apples aren’t the only fruit to grow in this beautiful region. On a beautiful Sunday morning, put on your hiking boots and head out to Kartause Ittigen. The estate is well worth a visit and you can treat yourself to a hot cup of coffee before you leave. From there, follow the hiking trail to Ossingen through the woods and past the magnificent Iselisberg vineyards with their perfect southward orientation. You’ll be rewarded with a magnificent view and a wonderful wine tasting, for example at Karin and Roland Lenz’s famous wine estate.

While he was still studying œnology, Roland Lenz had the opportunity to take over 8 hectares on the Iselisberg. He was committed to ecological principles from the very beginning and so it was clear to him that he would cultivate the vineyards organically. However, his first attempt failed due to a lack of experience with the climatic and soil conditions. A few years passed before he tried again and ultimately succeeded. Today, joined by his wife Karin and a motivated team, he cultivates around 21 hectares according to the Bio Suisse Bud guidelines for organic farming (certified since 2011), which are considerably stricter than the Swiss or EU guidelines. Only 17 hectares are planted with vines, four have been given back to nature to enhance biodiversity.

The Chenin blanc now grows on just one percent of French vineyards. But its wines are immensely diverse. The homeland of this grape is the Loire Valley. There it muscles into the light-footed frothers of Saumur and Vouvray. The vintners of Bonnezeaux and Quarts-de-Chaume process them into beguilingly sweet wines. And in Savennières it yields dry whites with mineral cores and great aging potential. They smell of apple, honey and fresh straw, and show great body and a stimulating acidity. The world's largest area of Chenin blanc is in South Africa, where it landed in the mid-17th century with Dutch traders. The most exciting wines result from old vines drawn from traditional bush forms. 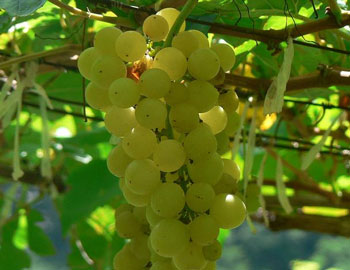